This review is about a QICENT device that has some resemblance with Mi Power Strip Device.

They are quite similar in appearance and declared specifications. The direct comparison can not be done as I do not have the Xiaomi device, but you can vicariously find out the differences between these two devices.

The shop is rather reliable, so the goods arrived safe and sound ( it took the parcel 3 weeks with the tracking to arrive).
The following box was in the post package. 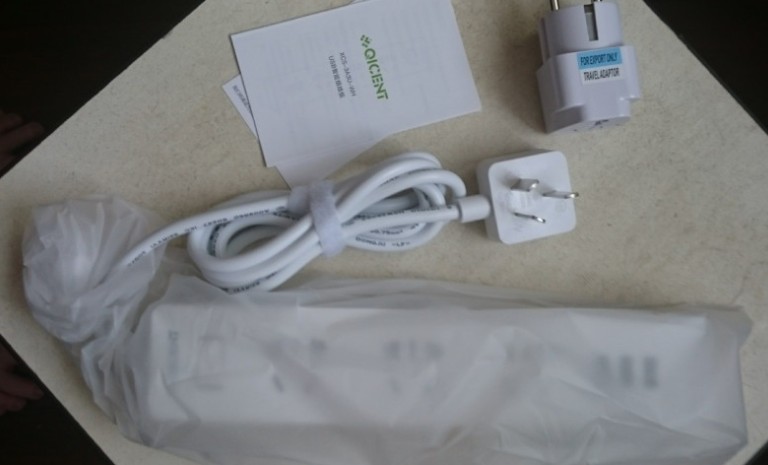 The set and description:

The device is a white color, made of  non-flammable matte plastic. It looks different in comparison with  the round  and smooth xiaomi device, judging by the pictures. The device is a little bit larger in size, but it is not bad in appearance. 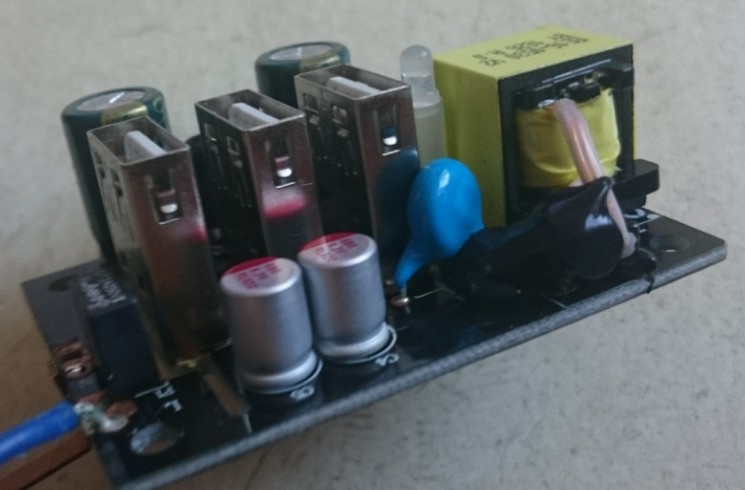 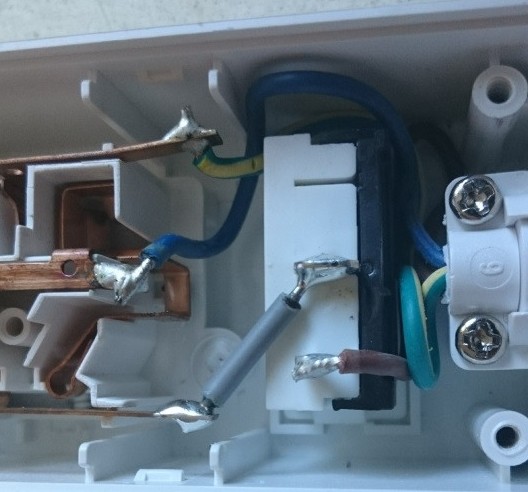 The default plug has a Chinese connector, but it comes with a universal adapter for our outlet. But it is worth to clarify that if you plan to use an extension cord with the powerful consumers (which begin from a kilowatt) then it is strongly recommended to change the plug of the cord and do not use an adapter.

The sockets with protective curtains have a more universal connector, so you can insert your plugs into them without any problem, it tightly comes into a click, but initially you have to  take care of the correct position of the plug, because in some cases it may be inconvenient and impossible to insert some more plugs into the empty sockets.

The indication of operation is present in the form of a dim LED near USB (at power shutoff the indicator is still for half a minute ).There is a On/Off button that makes a loud click. 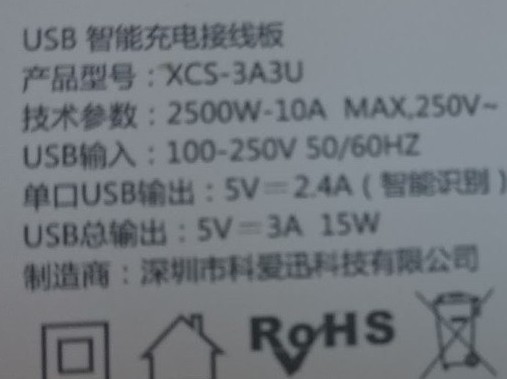 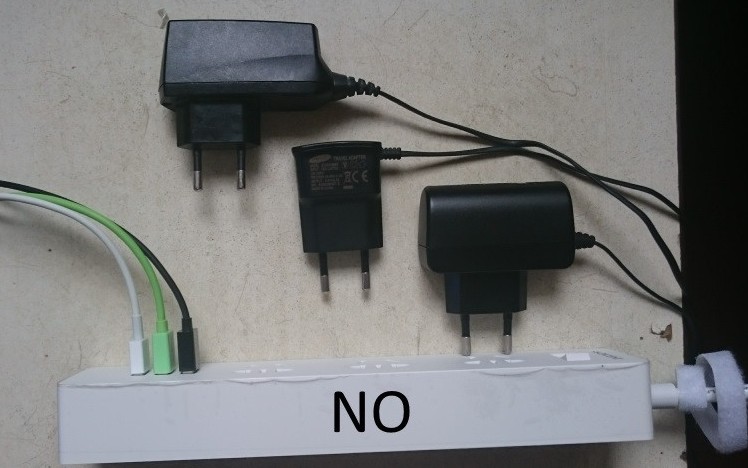 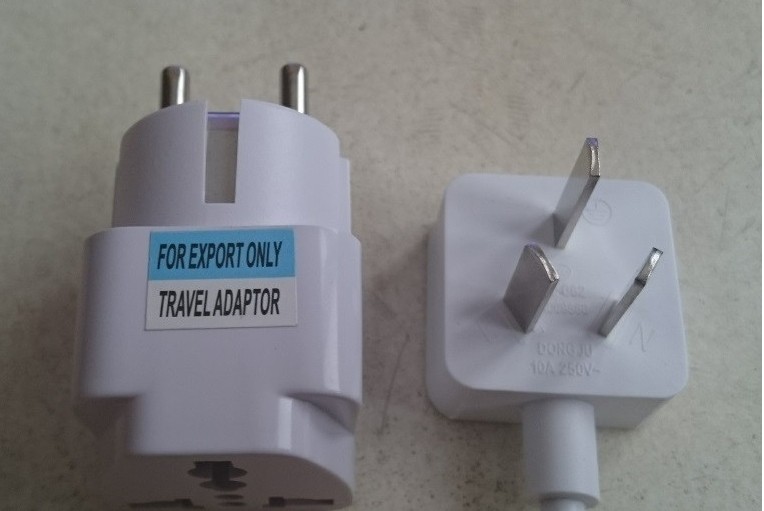 When operating from a network, the device is quite noiseless. It does not whistle in an ide position.
Idling of the USB ports give out 5.05V.Line data have circuitry with the D + 2.7V D-2.7V keys.

Further testing showed that the declared maximum of 15W output  fully corresponds to the reality.
Each of the three ports separately can support the loading up to 3.6A without a noticeable voltage drop.

There is the following a maximum at a load of two outputs at once: 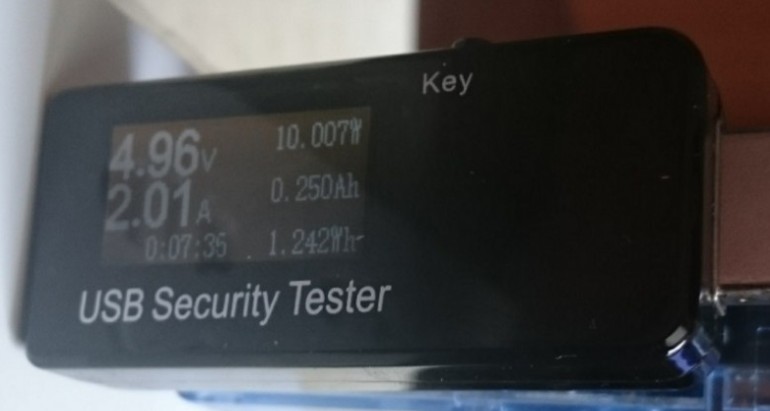 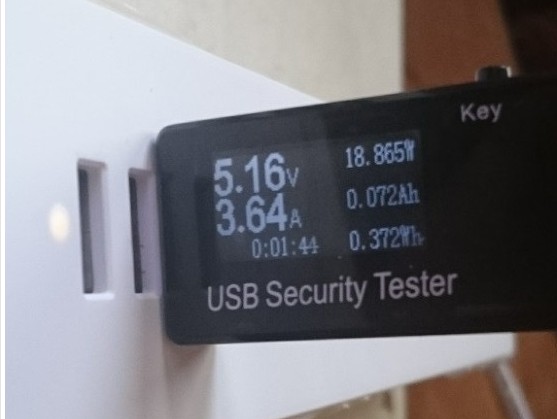 If you load all three USB, you can receive the following result: 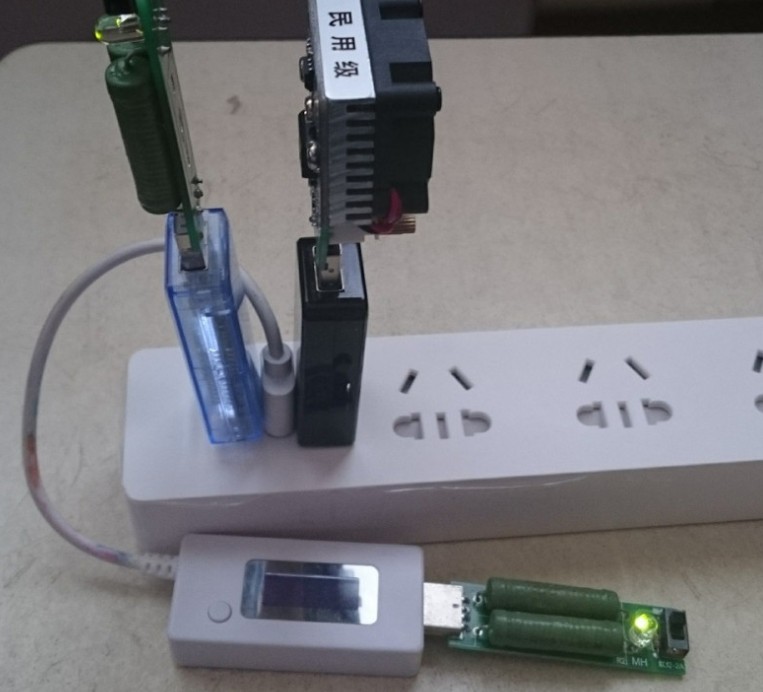 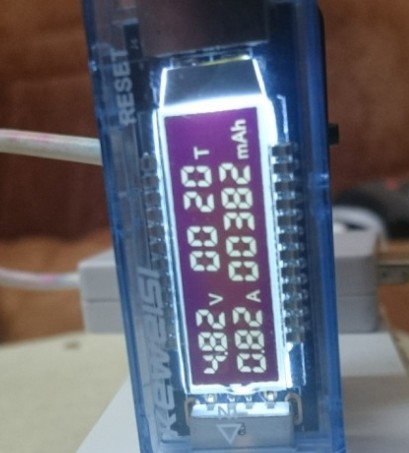 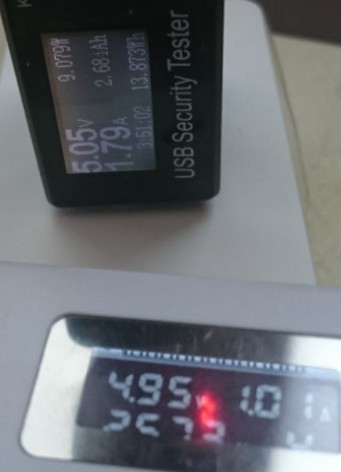 Thus, you get the total power up to 18W instead of the declared max of 15W.

Some words about heating: in the normal mode the device was heated up to a negligible 46 ℃ (with a load of 15W) for three hours. After  carrying out the stress test , following work at maximum load (about 18W) for an hour, it was heated up to 56 ℃.

As for the socket part….., it is quite ordinary. I used the QICENT Extension cord to turn on the electric kettle and the microwave (about 2.2kW in total) and I did not notice any kind of heating of the device or a cable.

I can give a plus as it is:

1) a small device with three sockets and three batteries for charging;

2) it corresponds to the description.

The minus is for:

You can buy this device from links below: