Today I would like to tell you about Cubot Magic smartphone. It is quite a new model, the first main advantage of which is its design and a glass in particular, made with the usage of 3D technology, the second advantage is the phone body which has bends on each facet. In addition, the smartphone has a  balance between the price and the quality. Technical specifications are taken from the seller’s website and I going to share them with you:

A parcel arrived in a standard small package, inside of which was a box with a smartphone wrapped in soft material. The box is done in bright colors. There is a print with a picture of the smartphone and the name of the model on the front side of the box.
There is also a sticker with the main technical characteristics on the back side of the box.The smartphone was inside the box in the cardboard tray. The silicone case was worn on the smartphone, a brief manual was under the smartphone. 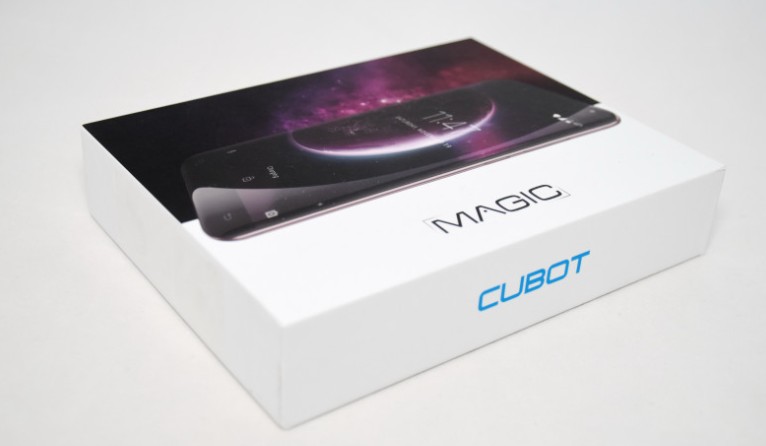 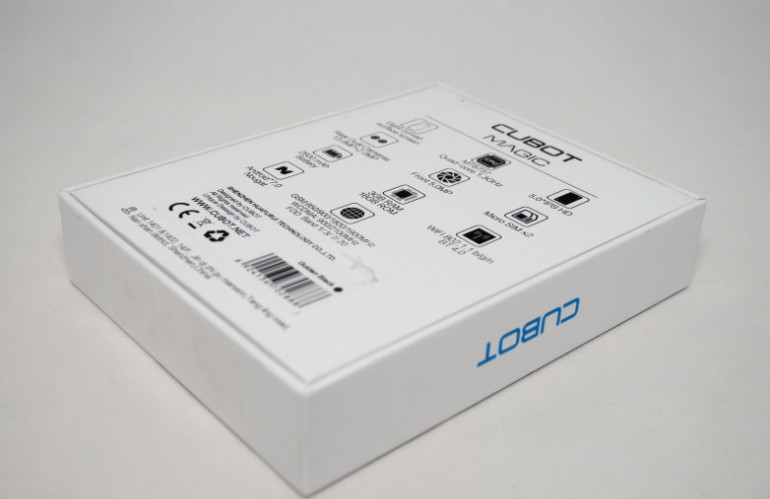 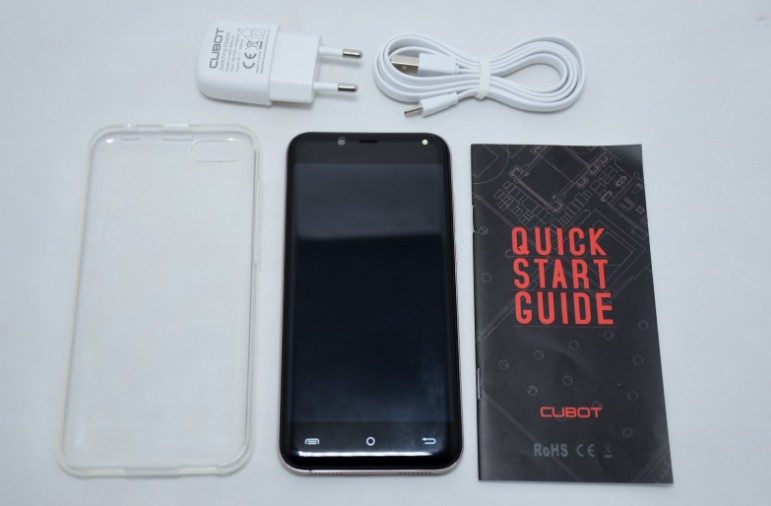 On the one hand, the set is quite good, but there is a clear lack of a protective glass or a film at least, but on the other hand it’s hard to imagine how to glue a glass or a film onto the glass made using 3D technology.

In my opinion the design is one of the main advantages of the smartphone. As it is sometimes said, it is made using the technology of eight bends.
The window of the front camera is on the front panel of the device, it is slightly recessed inside the phone body. Next comes the speaker, after which the light and proximity sensor are located. The front flash window and the LED event indicator are located near the right edge of the device.

There are three touch control buttons (menu / home / back) at the bottom of the phone body.
Two main cameras and a two-LED flash are at the top, on the left rear side of the smartphone. 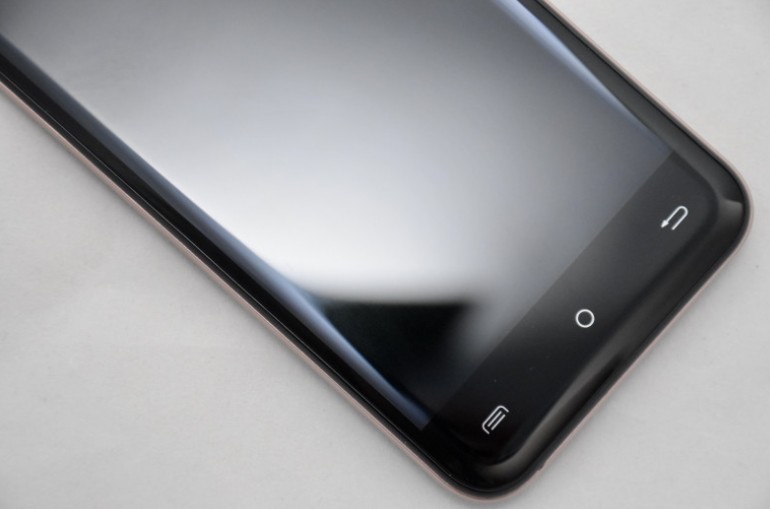 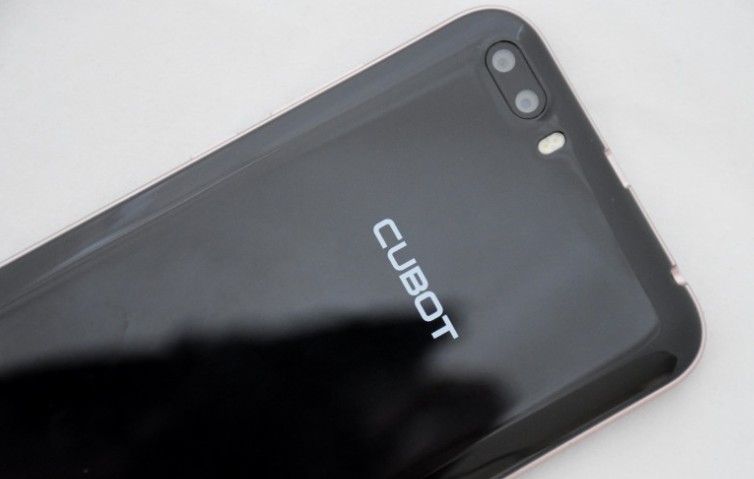 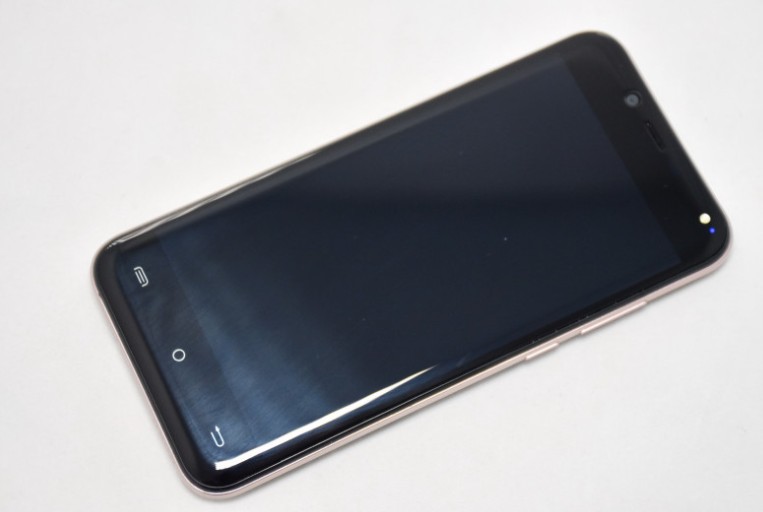 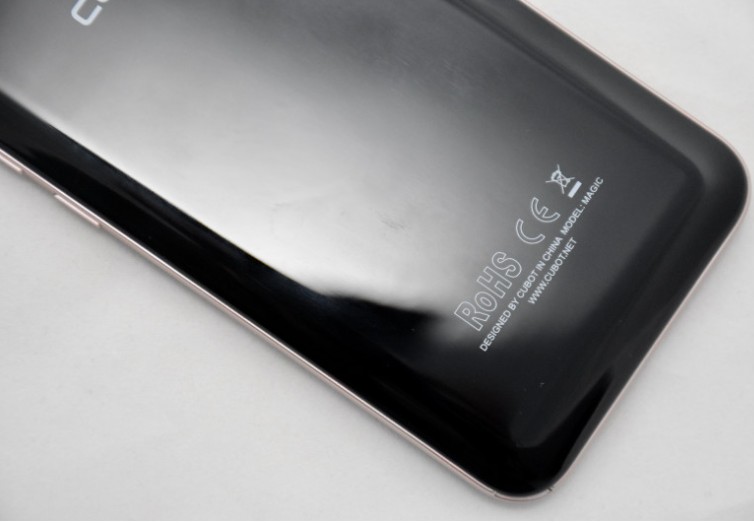 The left side of the smartphone is absolutely clean.

A volume and on / off button is on the right side of the phone.

In the lower part there is a phone mesh behind which an external speaker is hidden on one side, and a microphone- on the other. 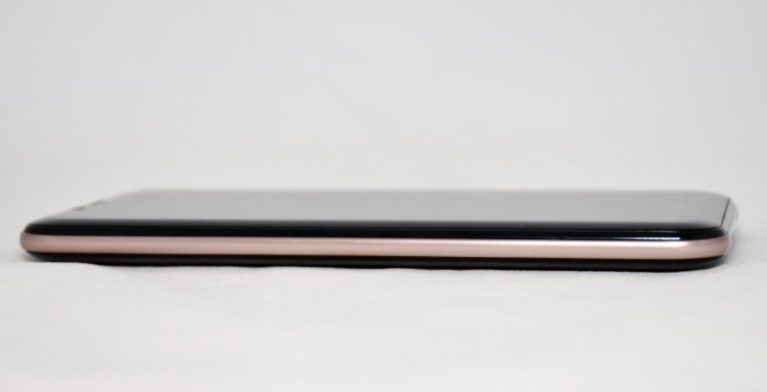 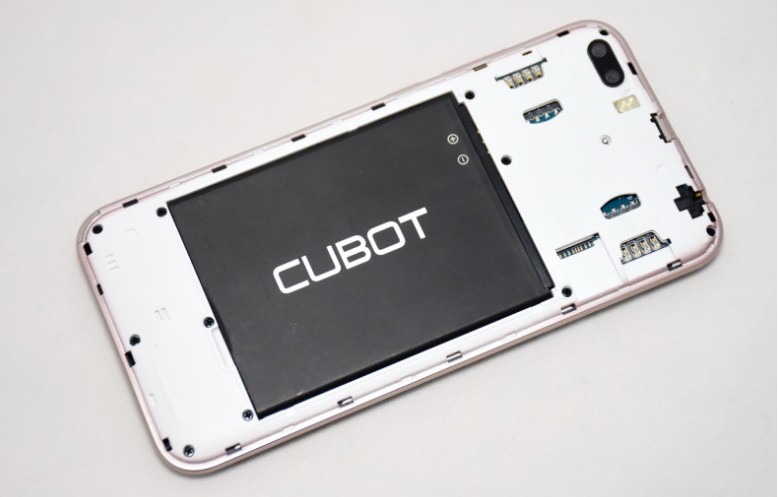 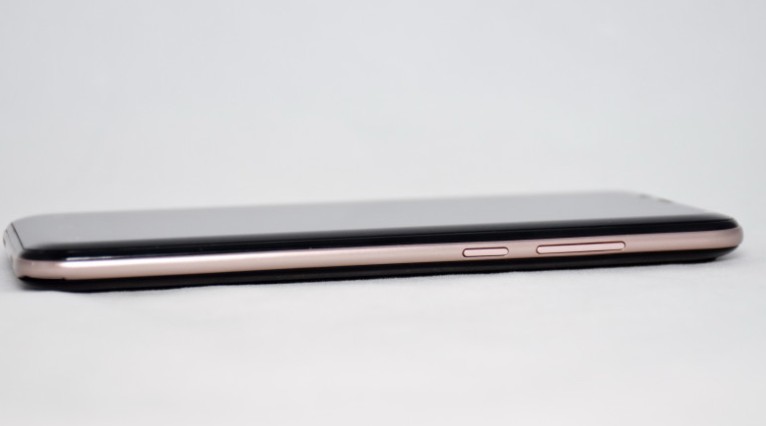 There is an adhesive IMEI label under the battery. The label also contains some information about the

This smartphone is the first one with the 3D display. It  resembles the Samsung Edge. The smartphone looks effective enough with such a display.

The screen is made using 3D technology and has quite small frames.

The viewing angles are rather good. In recent years, the Chinese have been trying to install relatively good displays on their smartphones, with good viewing angles. Certainly, the picture fades a little in the bright sun, but it is read well enough.
The sensor is capable of receiving up to 5 simultaneous touches.

Unfortunately, I can  say nothing about the protection level of the display, because I did not find this information on the store page. 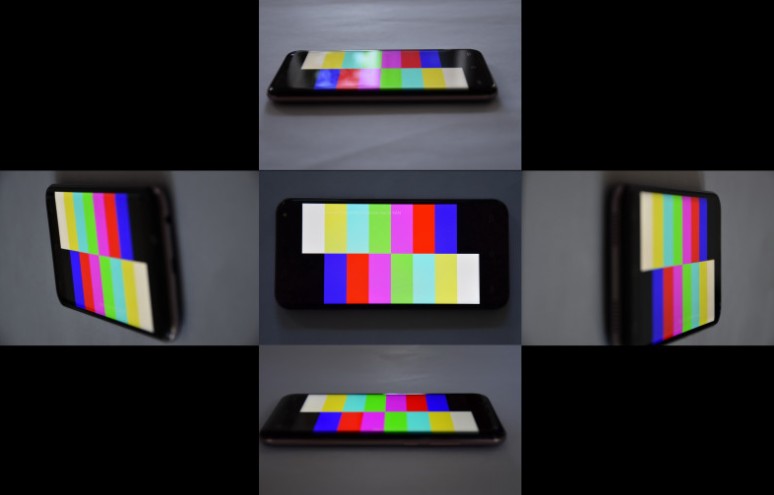 The smartphone is powered by the quad -MT6737 processor in conjunction with the Mali-T720MP2 graphics chip. Nowadays this configuration is very popular in the line of the budget smartphones. This results from the fact that these budget smartphones have the support of modern LTE networks and the balanced combination of the performance and the price.

The amount of RAM is 3 GB, and that’s good enough. By all accounts, 2GB would be quite enough for the smartphone.
The things are different with the amount of built-in flash memory. The manufacturer has installed 16 GB of memory in the smartphone, but he gave the user the option to expand this amount of memory by installing a TFlash flash drive. It is necessary to note that the smartphone is running a fairly modern version of Android 7.0.
To assess the fairness of the declared technical characteristics, I used a number of applications, the screenshots of which I share below. 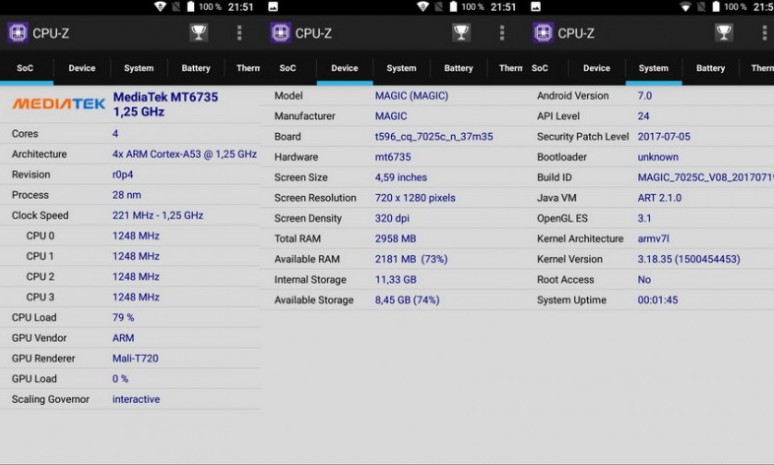 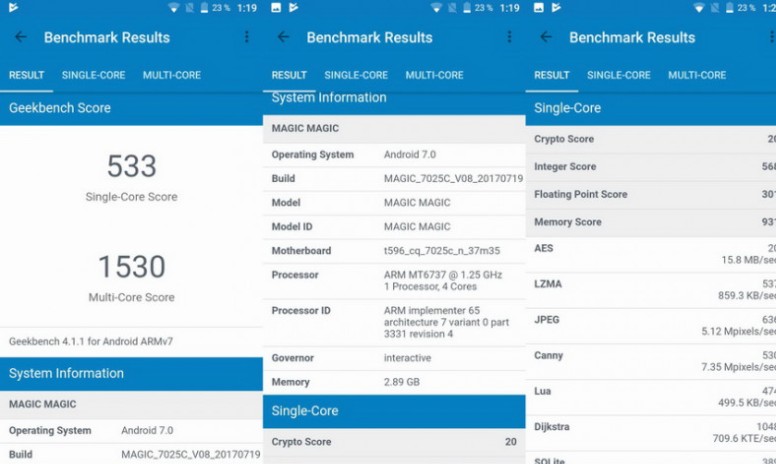 It is not necessary to talk about any high performance here. The specifications of the smartphone are quite simple, but the fact is that there is no retarding with the interface work. Everything works quite smoothly and quickly. I have conducted a series of synthetic tests, the results of which are discussed below.

The smartphone is not designed for games, but it does not mean that you can not play them on it. Although the device contains low graphics settings, it is quite successful in playing all modern  games.

Now I’d like to tell some words about the external dynamics the smartphone sounding. To tell the truth, despite the fact that the smartphone has such a decent appearance, I would like to hear something more intense, but I was disappointed a little with the speaker. It was not very bad. The smartphone does not sound better than any other chinese smartphone in price range up to $ 150.

Cubot Magic  operates on Android 7.0. This is quite a  new operating system. I am very pleased with the fact that the manufacturer decided to save users from unnecessary software. In general, the operating system has not undergone any modifications .

As I have mentioned above, there is no problem with the interface work-everything works very fast and smoothly. The ability to receive updates on OTA also leaves only positive impressions. 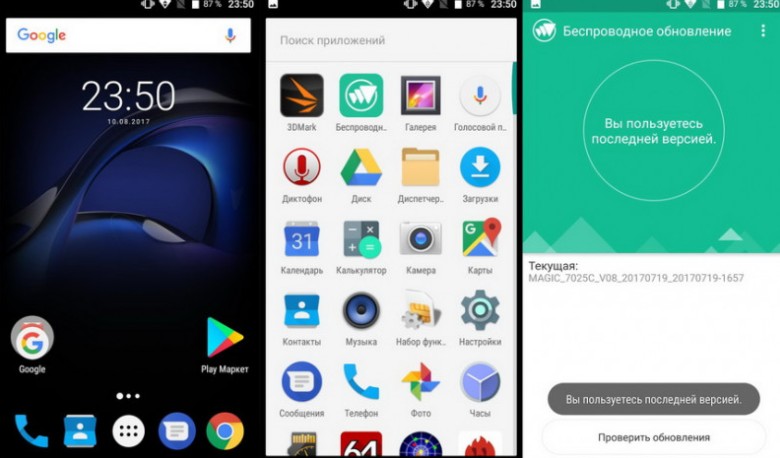 With regard to the  the radio modules of the device, first of all I would like to tell that the smartphone is equipped with two slots for SIM-cards of microSIM format and a separate slot for memory cards (although some sources claim that the second slot is either for SIM cards of the nanoSIM format or for the TFlash memory card). I am also very pleased with the fact that the smartphone is able to work in all the existing frequency ranges of LTE  on the territory of CIS countries. 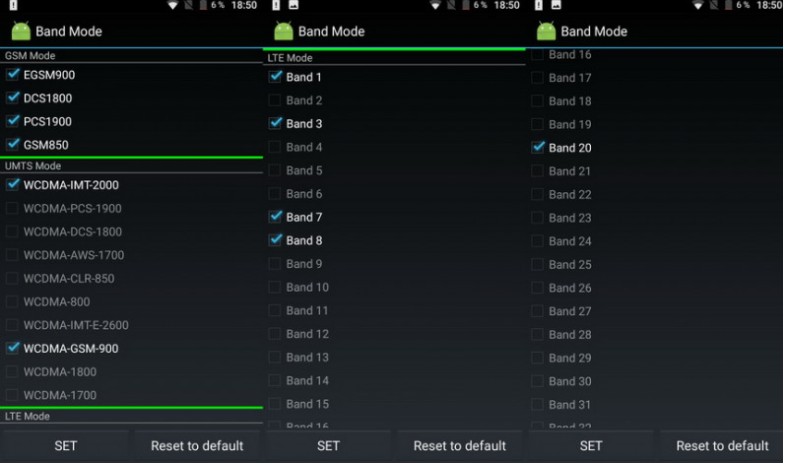 In general, the smartphone keeps the connection quite well. I did not observe any obvious signal’s losses. When talking, the volume of the speaker is very good, I also have no complaints to the microphone.

The measurements were made:

Then I tested the speed of connection to the Internet under the same conditions. The results of the tests are given below.

GPS and A-GPS navigation modules are responsible for the positioning of the smartphone in the terrain and in space. I  have no complaints to them. 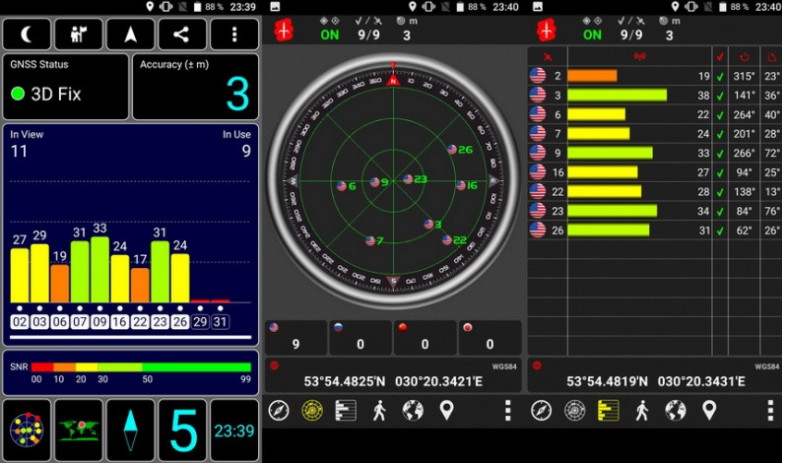 Stylish slim body and 3D glass have left their footprint on the process of autonomy. The declared battery capacity is only 2500mAh. Bur we should remember that the smartphone has a 5.0 ” screen and a resolution of 1280×720, so it will consume significantly less energy than the device with a  5.5-6.0″ screen and a resolution of FHD or 2K . The smartphone should not be expected to have a two-day autonomy. At best the battery can last for a day with an average load. 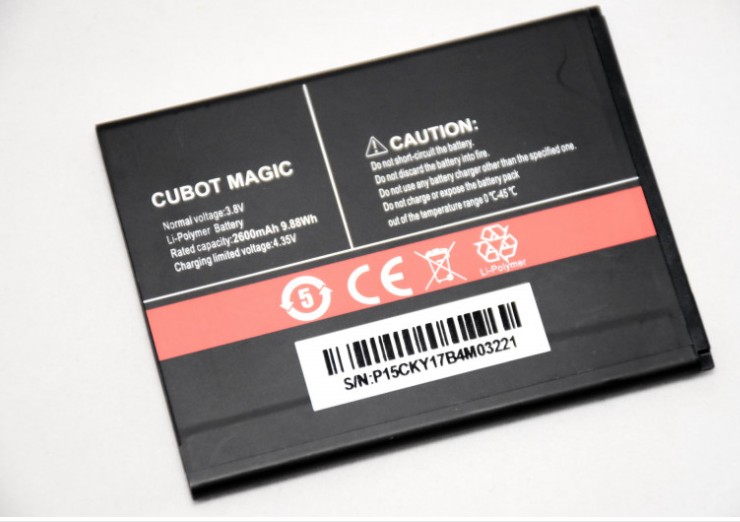 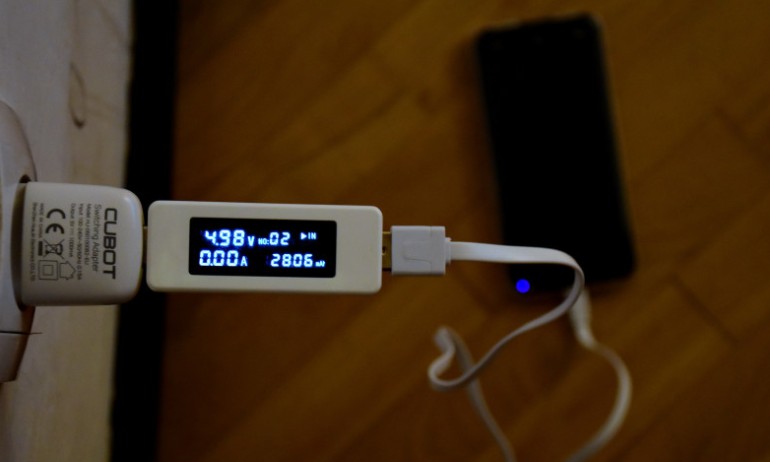 Nowadays, each manufacturer try to equip his smartphone with dual camera modules. The Cubot company has also followed this trend and installed two main 13 and 2 Mp camera modules in the Cubot Magic smartphone. The front camera has a resolution of 5 megapixels. Returning to many manufacturers’ bitter experience , I would say, all these megapixels are certainly cool, but a good camera depends on a perfect software work as well. 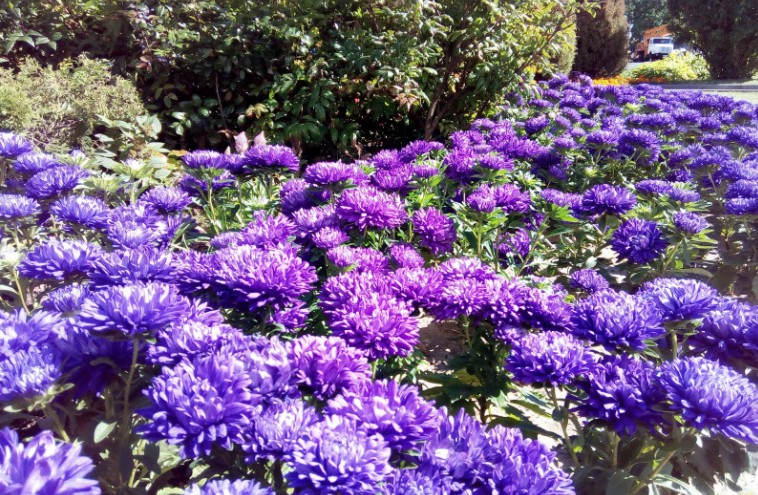 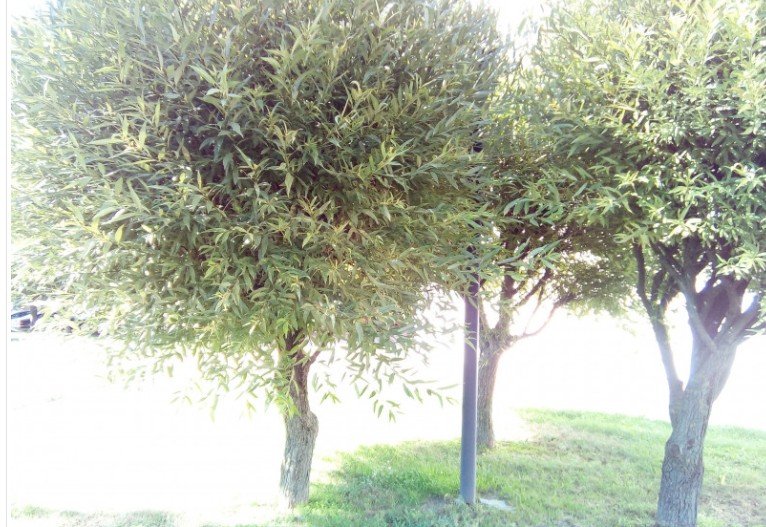 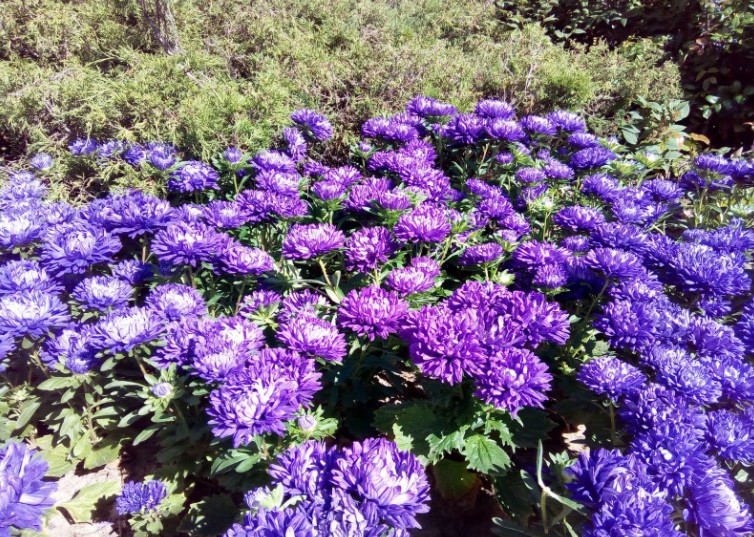 Build quality;
3D technology of the display;
A large amount of RAM;
Stylish appearance;
The current version of Android 7.0
The price

Not the best SoC configuration

The bottom line is that the Cubot Magic smartphone turned out to be quite good. Possessing a relatively weak iron and a small battery capacity, it has an excellent design and a quality of performance. It is doubtful whether this model of the device will be interesting for gamers and fans of high-tech novelties, but it can be very popular with people  who do not chase for the top stuff of the smartphone and like beautiful and well-designed devices (with quite good specifications).

You can buy this smartphone from links below

Buy from Gearbest
Buy from Aliexpress