Buy from 20$ on  Aliexpress Gearbest

We continue to study the variety of devices of Xiaomi ecosystem for the smart home, and today we will talk about a rather remarkable device – a two-channel power control relay. First of all, the model is notable because it has the ability to integrate together with a conventional classic switch, making it possible not to give up the usual, independent control method and at the same time get all the advantages of a smart home.

Everything is traditional for Chinese versions of ZigBee devices. Minimalistic white box with a schematic image of the sensor and the inscription in Chinese. The Aqara logo and a list of basic technical characteristics are on the back of the box. We shall consider them more in detail. 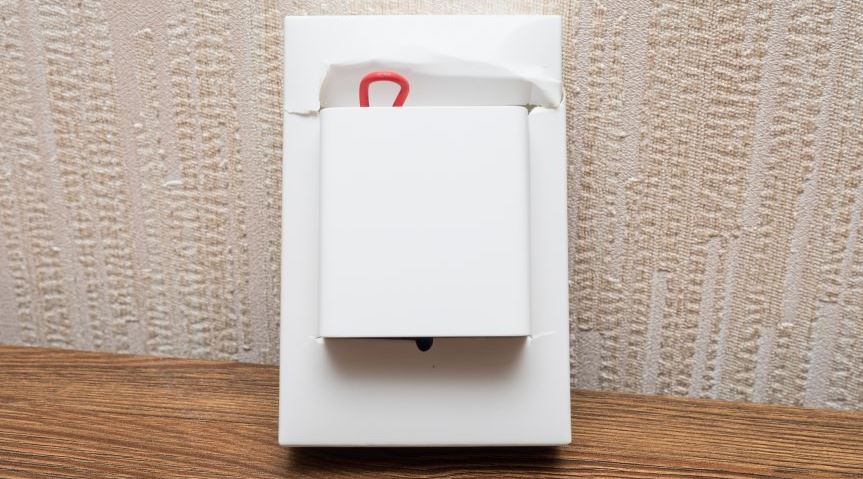 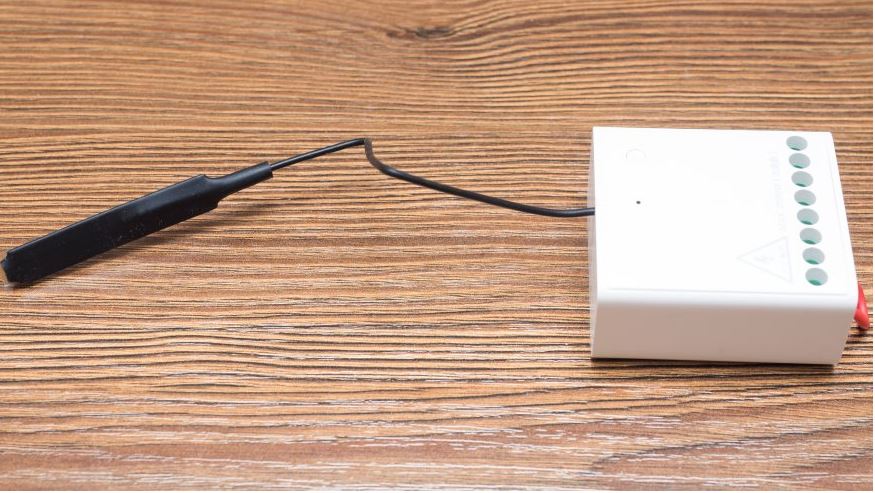 External antenna to improve the quality of reception

On the upper side of the relay, there is a pairing button, an activity indicator, a caution sign pointing out the maximum load and 8 screws for contacts. 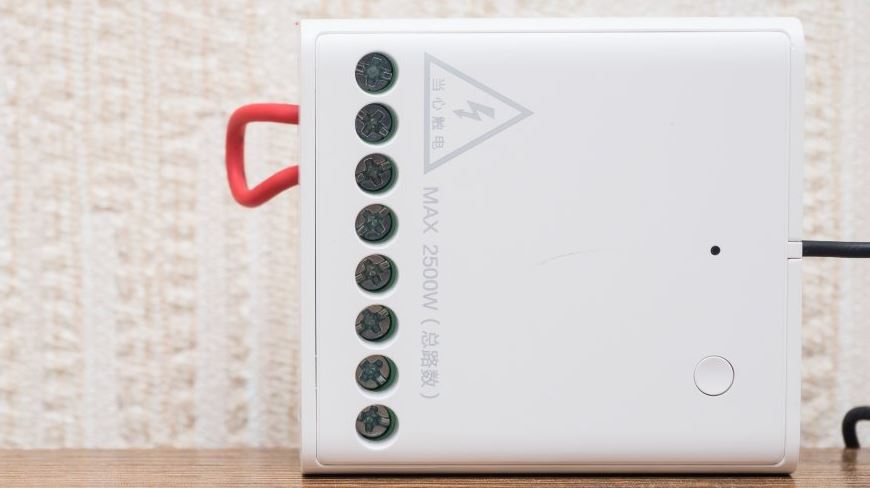 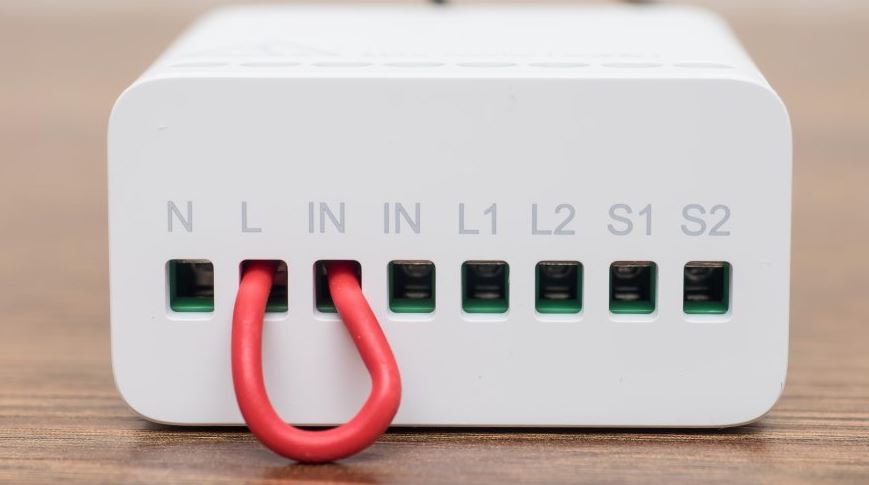 There are  8 contacts and explanatory notes as the end of the case. From left to right – there is a

Zero line connection, closed L and IN contacts (the jumper cannot be removed), an input phase connection, two control contacts with a phase for the load and two contacts for connecting a physical switch. At the opposite end there is a wire of an external ZigBee antenna, that allows the use of an internal installation for relays. The device parameters are duplicated right there. 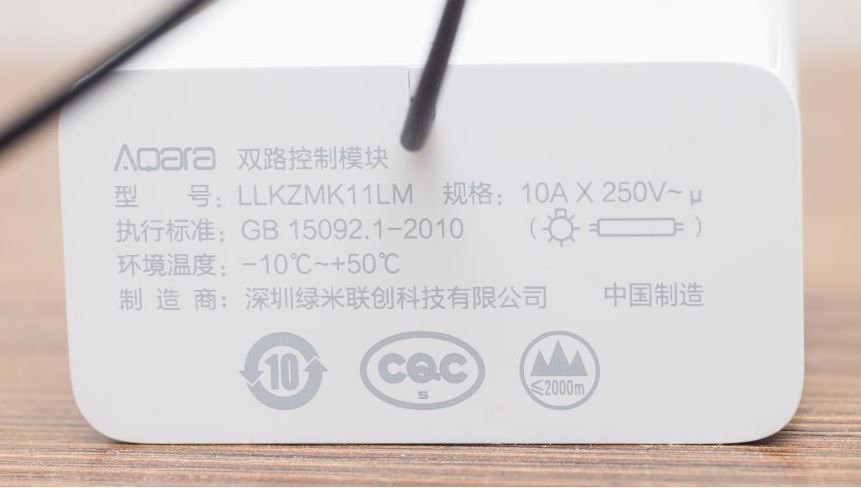 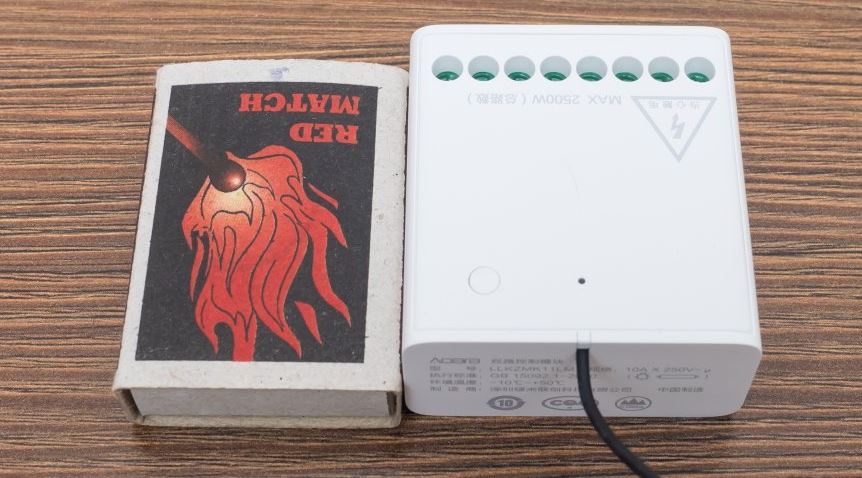 Next, you need to press the button on the relay for 5 seconds until the LED begins to flicker. A few seconds later, the gateway will report a successful connection to the device. After that, the first configuration step – a choice of location-  will open.

The second step is the name of the device, if desired, and the third step- the  final one is to indicate that the device has been added to the system. The new device will appear in the list of the gateway devices and in the Mihome general list.

The relay has its own plug-in, which is almost identical to the plug-in of two-key switch with a zero line. On the main screen, there are control buttons for each channel. There are daily, monthly and current energy meters. The consumption on both channels is cumulative.

We will begin testing with the first connection scheme, which is simpler, involving only the use of smart home infrastructure. Two loads and a relay are involved.

Thus, press of the button located on the device housing switches the relay. If both relays are off, they will be turned on. 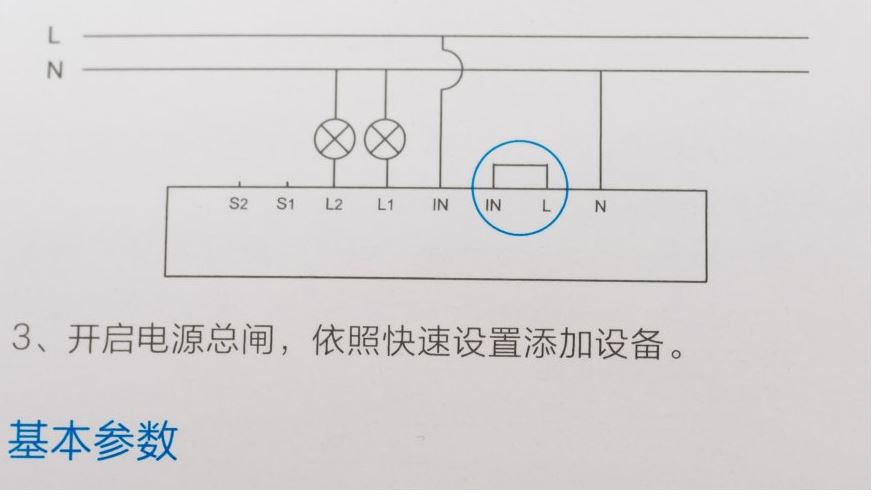 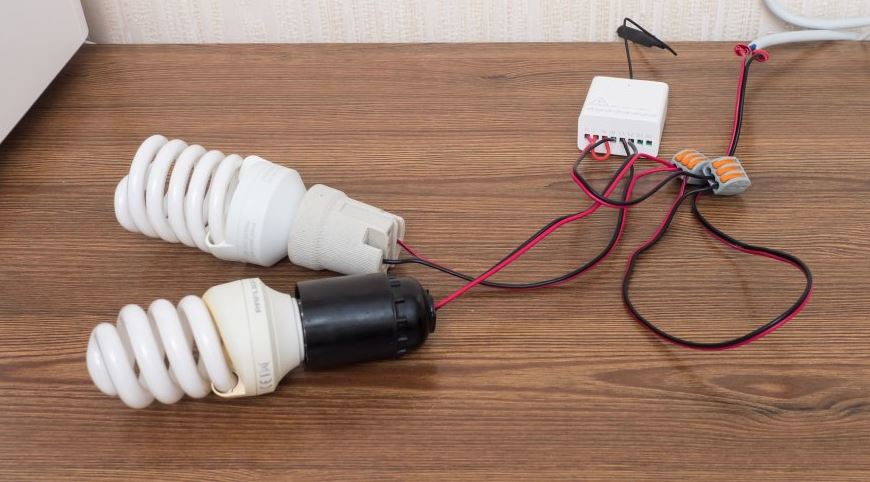 If one relay is on and the other is off, they will change their status. Switching occurs with a clearly audible click. When controling from the plugin, or through MiHome automation – the relay works with a small time lag, which depends on the quality of the Internet connection The device has a separate control for each channel.

When the external power is disconnected and then restored again, the relay is turned on in the state in which it was turned off, but it almost immediately turns off the power if it was turned on.

The second scheme works with a physical two-button switch. The power and load connections are the same. The input terminal of the switch is connected to the closed contacts of the relay, and two outputs are connected to S1 and S2 contacts. 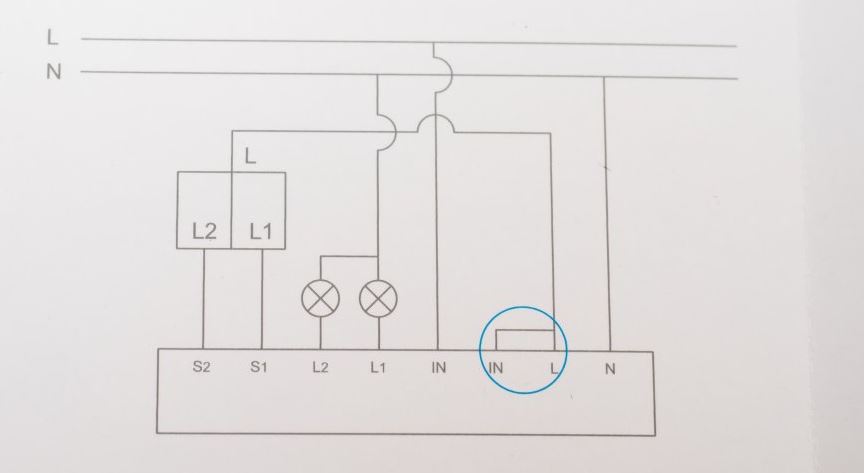 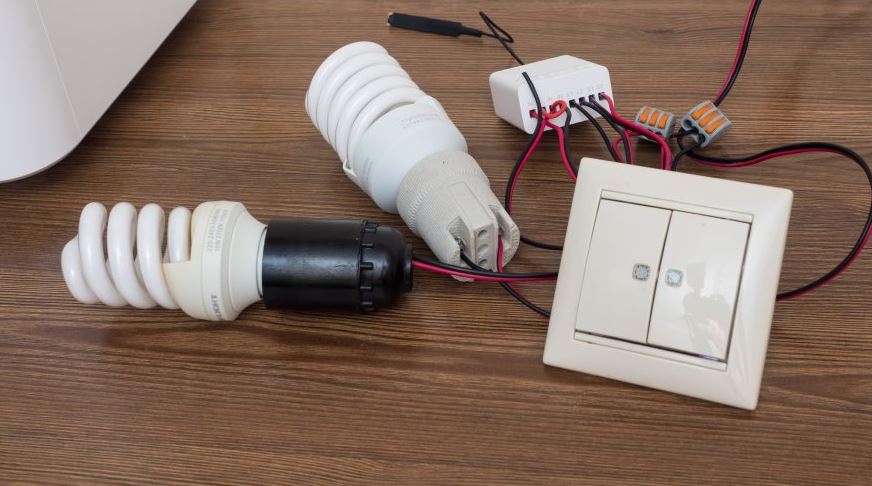 In such a scheme, the physical switch controls both relay channels, and there is no dependence on either the control system or the availability of the Internet. The reaction is instant. But the plugin functionality is fully preserved. The control works, the power consumption is measured and the status is displayed. The operation scheme is completely similar to the switches, but here the first switch is  physical, the second one is logical.

While this device is an analogue of a two-key switch with a zero line, but in a different case, in reality it is a completely different type of gadget. I’m talking about, so to speak, the soft integration of the smart home system. When using the second connection scheme, you still have the possibility of purely physical control, without dependencies on the operation of the control system. But at the same time, the relay allows you to use all the functions of logical control without exception, namely – a remote control, an energy monitoring, work in automation with any infrastructure of ecosystem.

Buy from Aliexpress
Buy from Gearbest