Buy from 30$ on  Aliexpress Gearbest

Aqara Smart IP camera Linkage Alarm 1080P HD is an interesting gadget for a Xiaomi smart home – combining the capabilities of an IP camera and a ZigBee gateway.

What’s included in the box?

The device is supplied in a white cardboard box with gray inscriptions. Traditionally, the specifications are on the back side of the box. 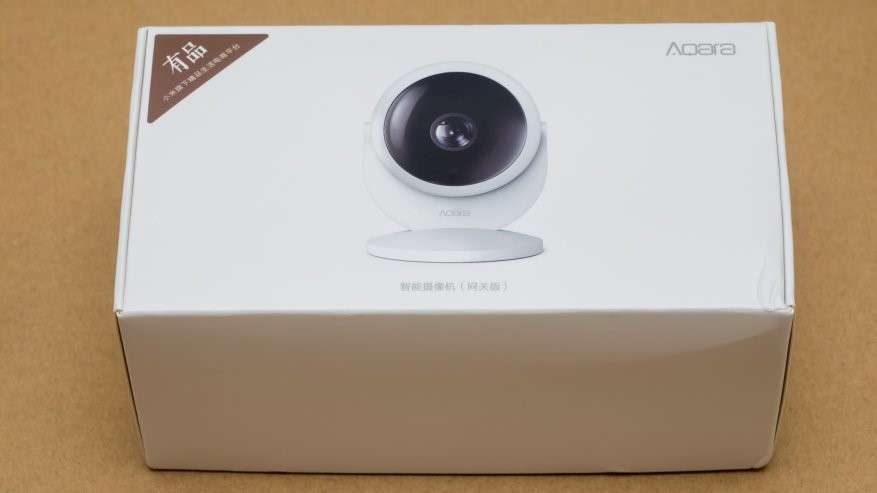 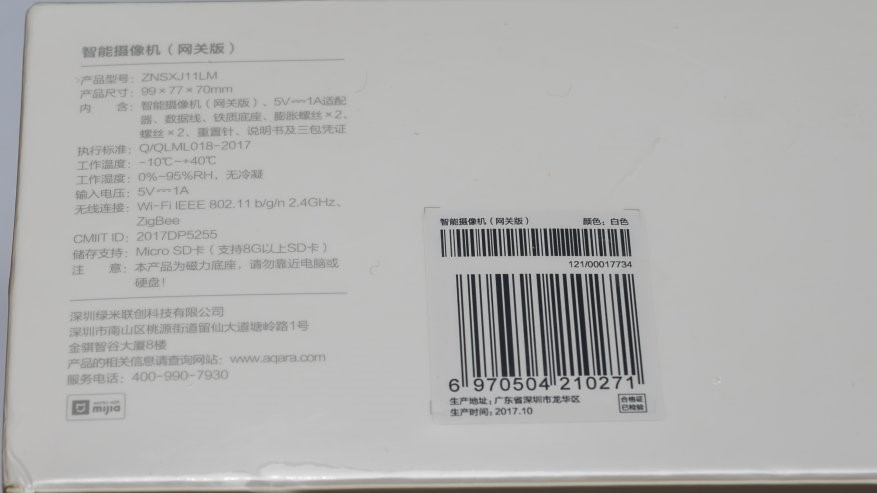 In addition to the “gateway”, the delivery set contains  power supply with a flat plug, USB-micro USB cable, a metal base with a mount and a clip for resetting.

The technical specificatons are next:

A  powerful magnet is built at the base of the camera , and if you attach a metal base to the wall, the camera can be securely fastened and quickly removed, if necessary. There is a strip of  double-sided scotch tape  glued around the device’s circumference to attach the camera to a non-magnetic smooth substrates. 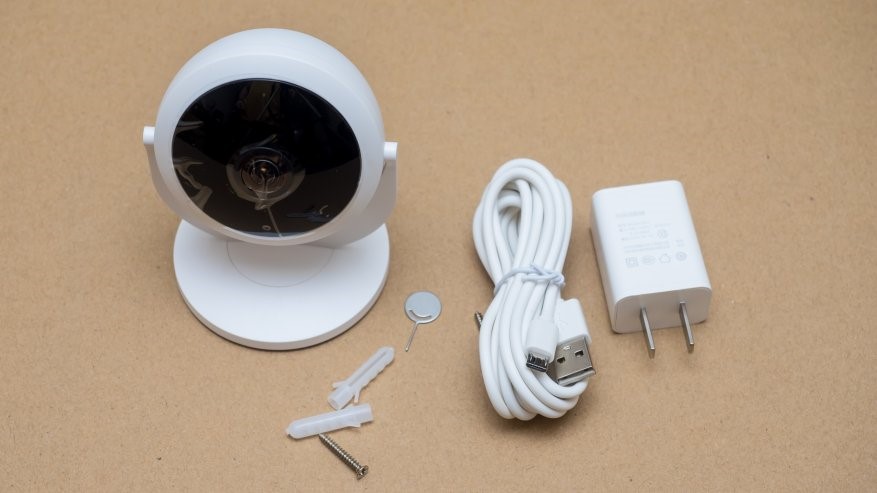 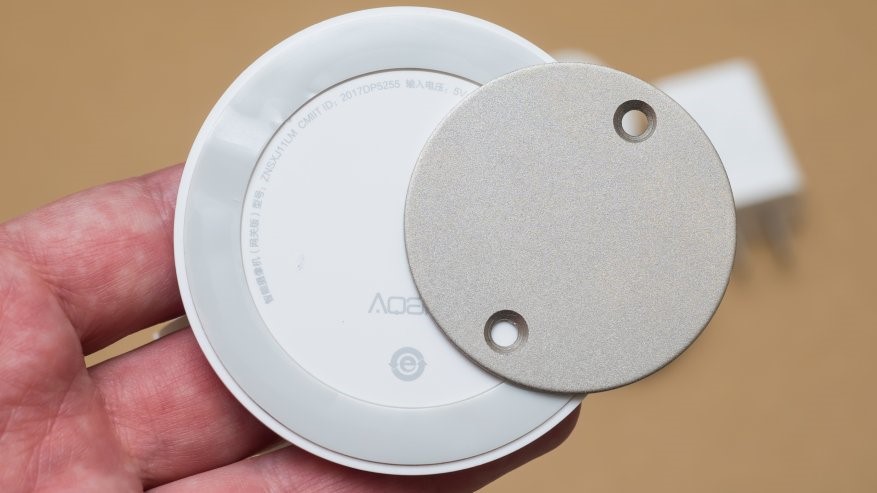 There is a  micro USB connector for power, a reset button and a micro SD card slot at the bottom of the camera 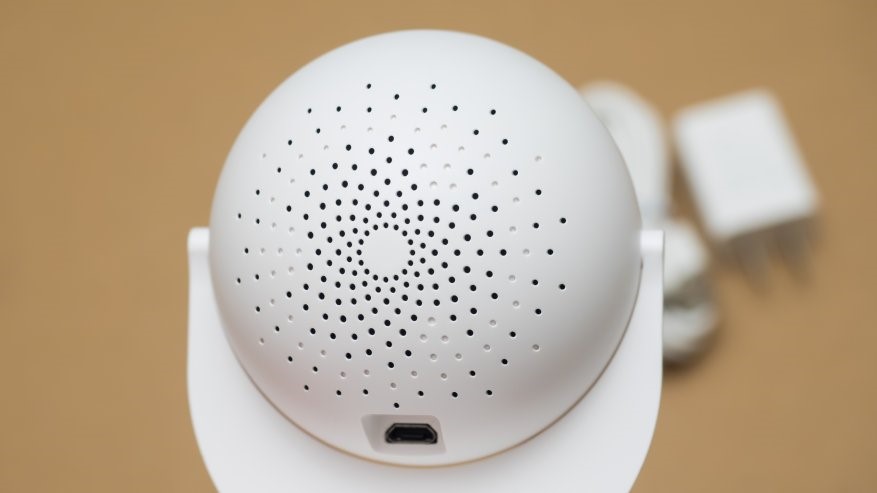 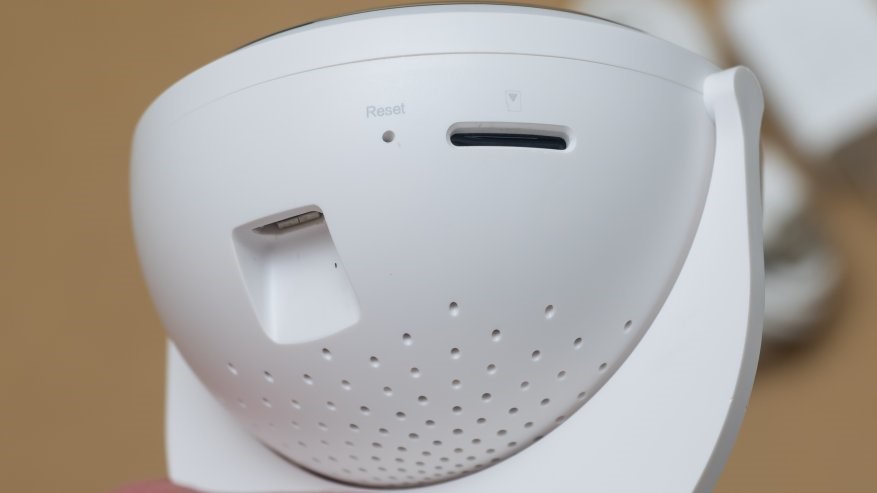 There is a perforated speaker On the back side of the device. 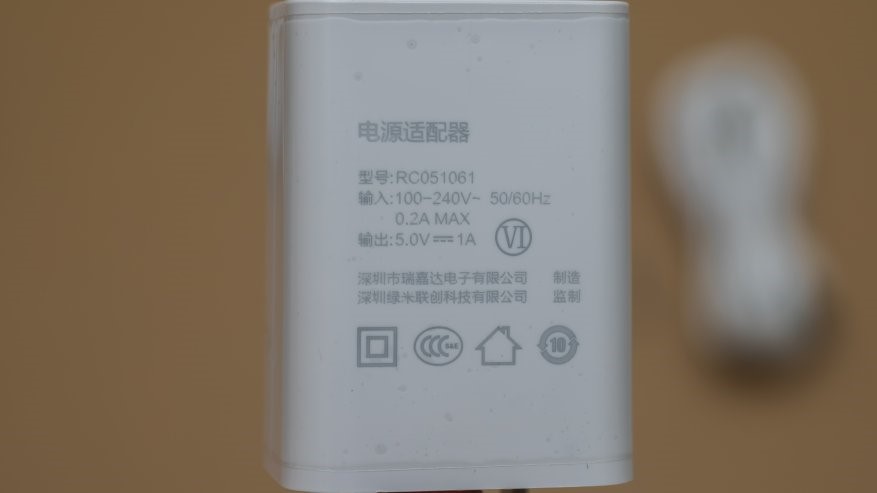 Working with the  MiHome app

The connection to MiHome is completely standard – After the camera is turned on, it is detected by the application, after which the settings are synchronized, and the latest firmware version is downloaded. 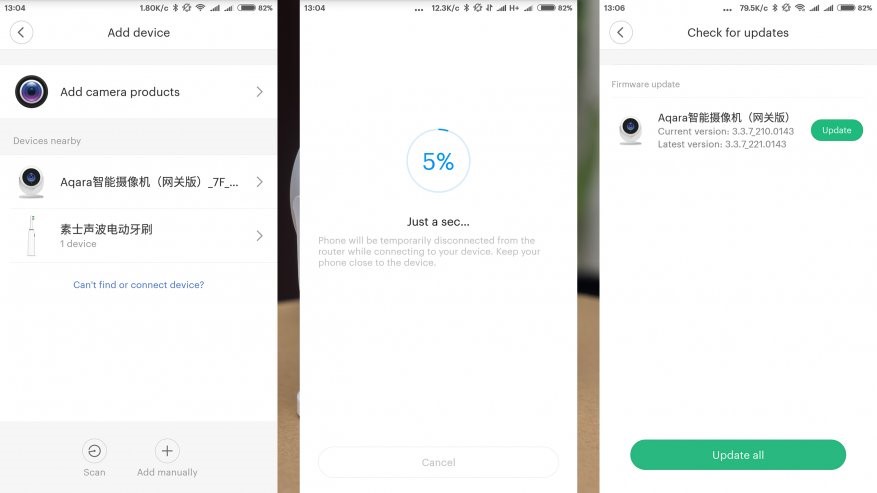 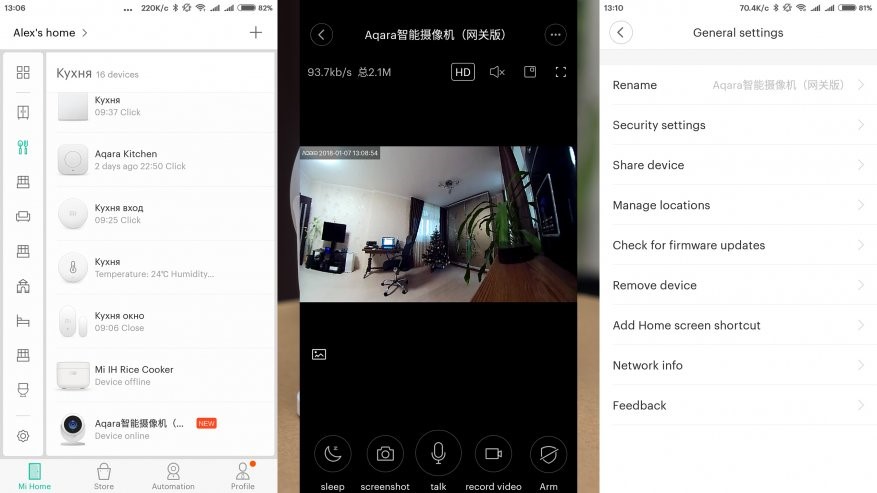 At first glance, the new gadget does not differ in any way from the usual IP cameras included in the Xiaomi system. The devise has a plug-in with the standard options for cameras , such as  image quality, sleep mode, screenshots, voice and video recording. But the alarm activation option is quite unusual here.The settings menu is also standard- it has a renaming, login password, device sharing, location, checking for updates, removing the device, adding a shortcut to the desktop, network information. 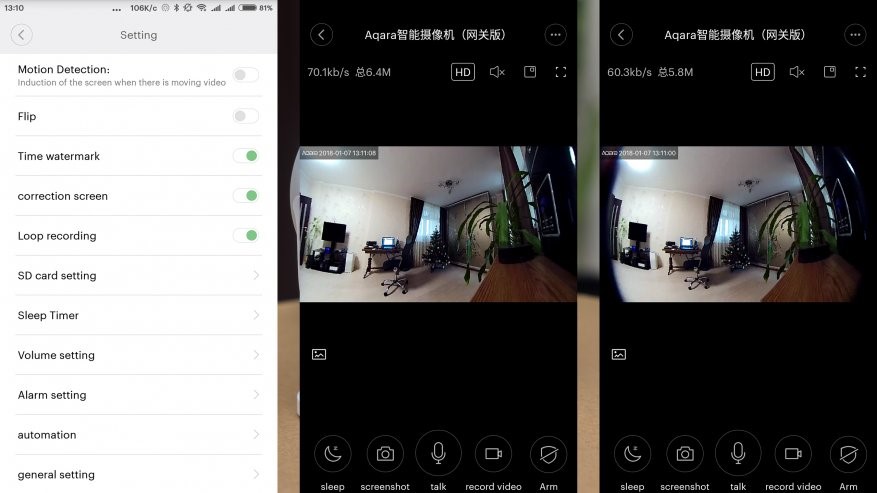 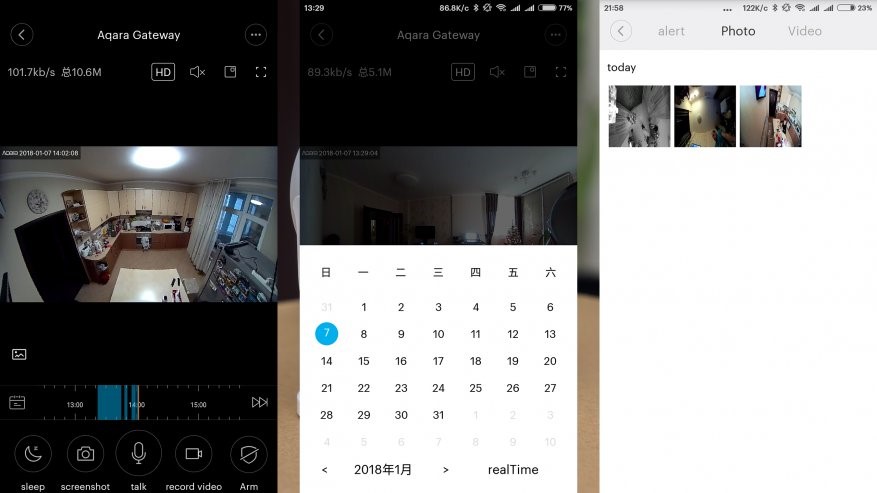 After installing the memory card  the sign of timeline appears under the video window, allowing you to track the intervals when the recording was made, as well as  to view it. The button on the left of the timeline allows you to select the day you want to view the record. The  left button  under the timeline gives an access to the menu of manually recorded photos and videos, as well as alarm clips.

The camera does not have the familiar menu like all the gateways have with a list of subdevices. The adding of the new ZigBee devices is fulfilled through the main menu -by add a device function- add manually, then you should select the connected device from the list, and in the next menu – you need to select a gateway, among which there will be this camera, then you add the sensor into the system  in a standard way. 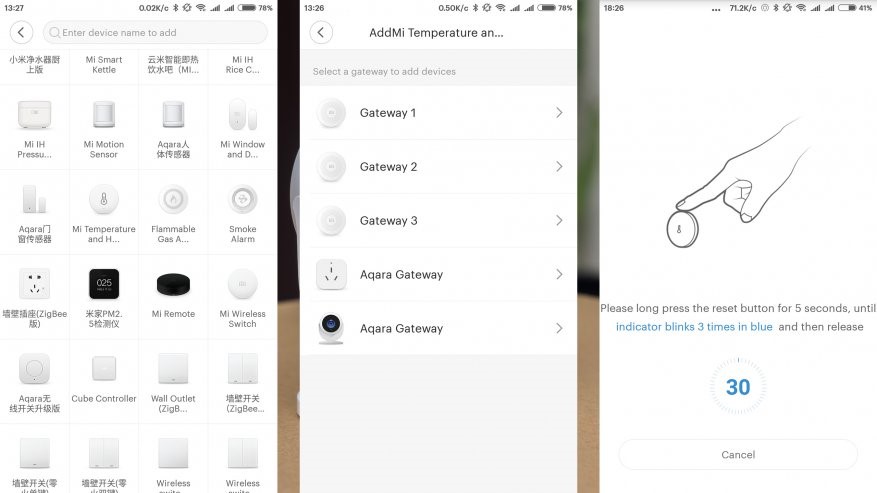 The camera has the only one  familiar function of the gateways – it  is the alarm function , its setting is quite usual -you select the alarm measurement time, which will be the alarm trigger – it can only be a sensor connected to this gateway, an alarm interval, alarm sounds are also standard, it is possible to work in tandems when any other gateway of the system is triggered

In scenarios,Aqara Smart IP Camera can only work as an action. It does not contain the conditions for motion detection in the frame – like other cameras have. The camera has six operations. The 1-st, the 2-nd and he 3-rd action  is responsible for controlling the alarm, the fourth action writes an alarming movie for about 10 seconds to the cloud,  the fifth and sixth options – turn on and off the sleep mode. 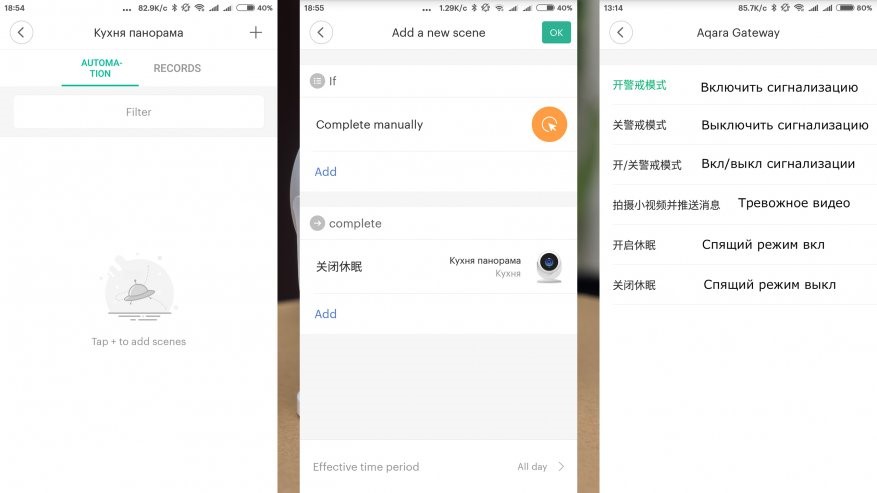 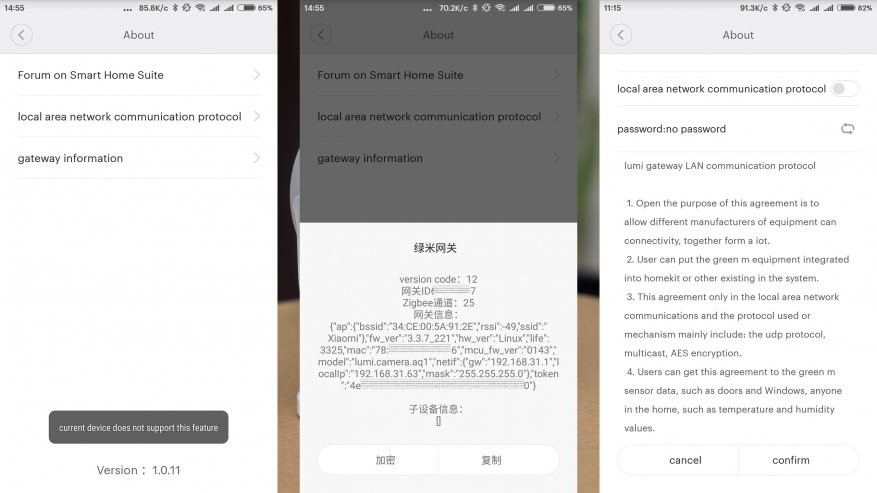 In the SD card setup menu, you can see not only the used and remaining space, but also the time of recorded movies and the approximate time for which the memory card still is enough, which is very convenient. When recording – the camera creates a movie of about a minute with a 1920 by 1080 resolution  at a rate of 12 frames per second, in mono mode. The size of videos is from 4.5 to 6 MB each.

If you can correct a fish eye programmatically  in the plug-in , the raw videos are written with this effect, so it is not convenient to view them outside the plug-in. The video quality is average, especially when it is shot at night with infrared illumination- all that is on the sides of the frame is much blurry. 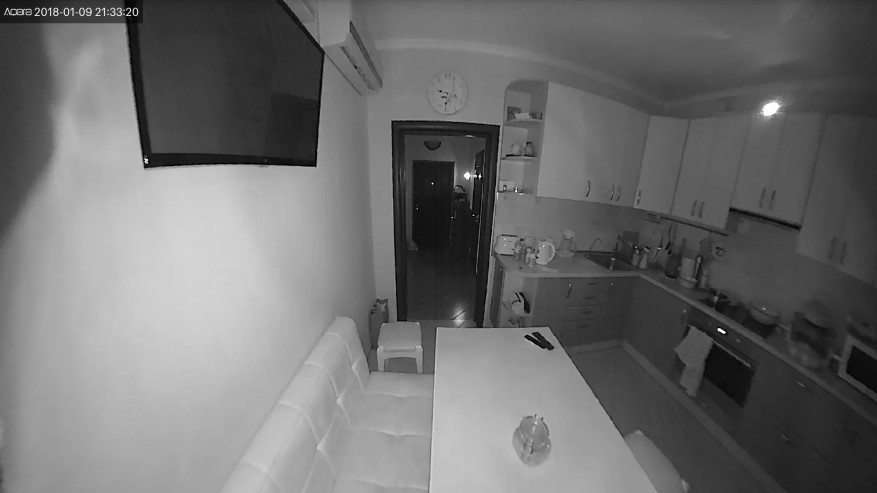 As for the power consumption, the device consumes 0.25 A, and can run  on the powerbank for a long time 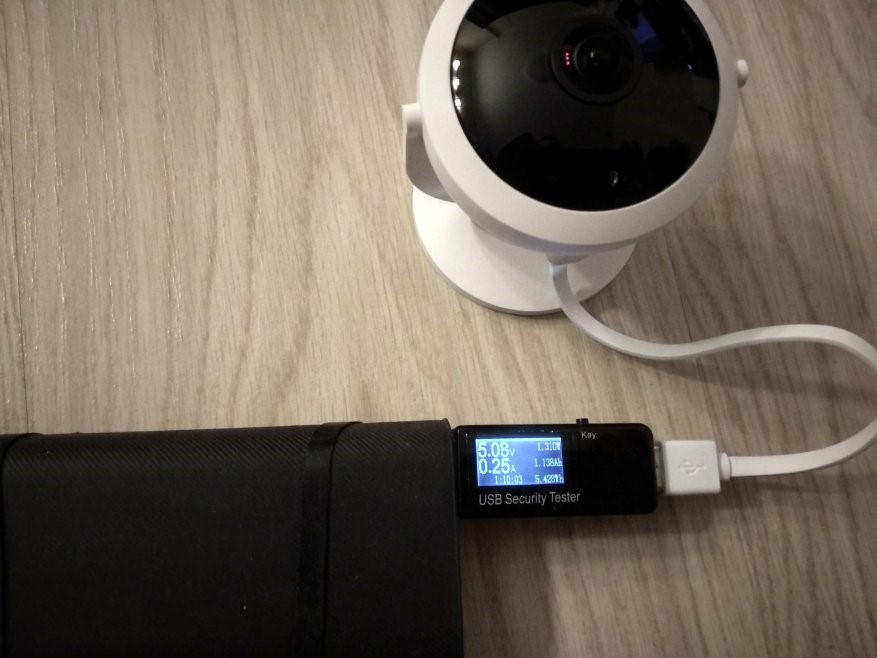 Summarizing, we can say that this device is a good alternative to the usual gateways – it means that you get a camera and a gateway simultaneuosly.  Although the quality of shooting is quite specific, but it is  enough for home video surveillance and due to the wide viewing angle it can compete even with rotary cameras.

By the way, this is the only gateway without a rigidly built triple Chinese plug – the camera is powered by a micro USB connector.

You can buy Aqara Smart Camera from the links below